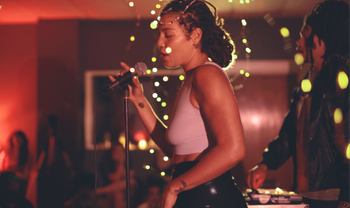 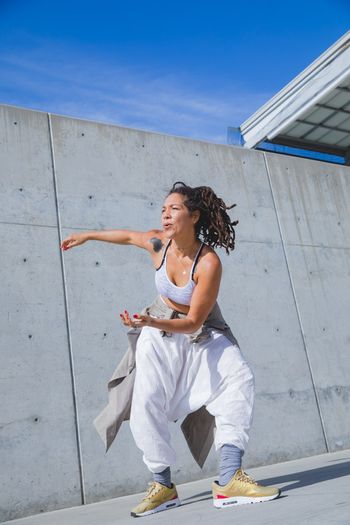 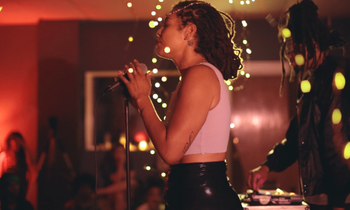 Mahalia Abéo Tibbs is an artist.

She uses sound, movement, aesthetics and ritual to continue the sacred work of dismantling systemic oppression in all forms and is grateful to do so. She is also a certified Kemetic Yoga Instructor, pairing meditative and somatic techniques for communal healing.

Abéo was born and raised on the South Side of Chicago where she studied under honorable elders like Oscar Brown, Jr., Katherine Dunham and Gabrielyn Watson. She matriculated through Howard University and Northeastern Illinois, relocating to New Orleans in 2014. She has self-released 3 independent music projects, been featured in voice-overs, films, music videos and television and has toured internationally as a dancer, singer and actor.
Abéo premiered her multidisciplinary solo show PACMAN: A Survivor's Guide to Loving Yourself in a World That's Tryna Murder You at All Times (produced by the Radical Buffoons) Spring of 2022 to sold out audiences and looks forward to touring PACMAN in a city near you. Her latest release preliminaries (recorded in residency at Embassy Studios, New Orleans) is now streaming or available for direct purchase in the web store.

— PACMAN: A Survivor's Guide to Loving Yourself in a World That's Tryna Murder You at All Times